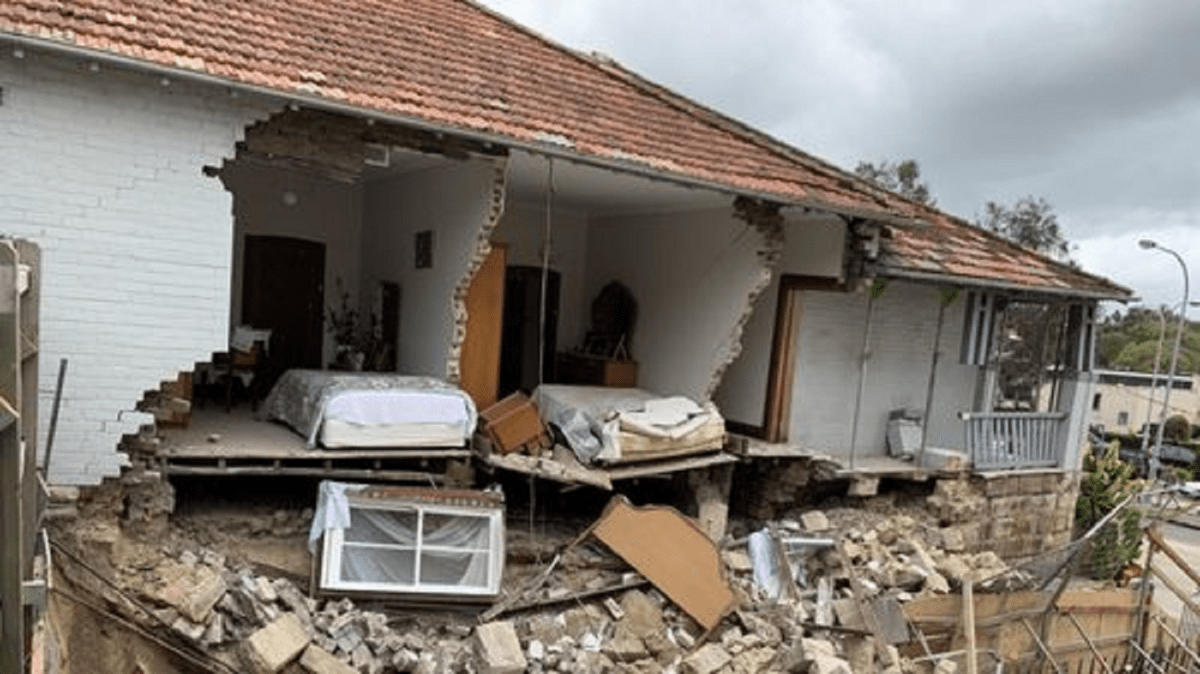 Two elderly people were inside the house in Sydney when its walls were partially collapsed.  Neighbours described the event as sounded like an explosion. According to them, they already saw those cracks forming more than a week before the crash occurred yesterday.

After the said incident, the medical crews were called to rescue the two residents in their 80s at Curlewis Street, Bondi. Thankfully, they did not suffer any severe injuries.

During the interview, they said that they already noticed the cracks in the house and asked the construction workers to cease the work, but they were ignored and just kept continuing the work, which gradually got worse. They further described that the daylight could pass through from one wall to the other.

This morning, the property’s bedrooms could be seen from the street. Engineers visiting the area are worried that the house could fall because of what happened.

After two hours of receiving the request, the council officers inspected the site and issued immediate stop-work orders. The collapse happened next to a development site under the management of a private certifier and TC Build, a development company.

During the initial investigation, the cause of the collapse was unknown, but Fire and Rescue NSW suspected that it occurred due to compromised groundworks. On the other hand, Neil O’Brien, the company’s site manager, said he was unsure if the construction was to blame.

While no building system can be engineered and constructed to be absolutely risk-free, hiring a structural engineer can prevent or reduce a building collapse from happening.

Indeed, it’s a lesson learned for everyone that cracks during the construction are already a warning sign and that a structural engineer should work on it. Structural engineers are experts on improving the structural integrity and robustness of buildings to accommodate local failures.

As of the moment, Waverley Council investigates with SafeWork NSW to know the reason behind the collapsed building. The street is inaccessible for now as the engineers are still conducting the site assessment.